Sons of the Forest – what do we know about The Forest 2?

The premiere of Sons of the Forest, or The Forest 2, is a reason for celebration for fans from all over the world. We have been waiting for this excellent survival horror since the first announcement in 2019. What’s new in the sequel? Is multiplayer back?

The Forest – a niche survival horror

Sons of the Forest, commonly known also as The Forest 2, is a continuation of the work of the independent studio Endnight Games from 2018. The original tells the story of a man who survives an airplane crash, but the joy does not last long, because it turns out that the plane carrying the protagonist has fallen on a strange peninsula full of dangerous mutants. As if that was not enough, the natives kidnap the second survivor – the son of the protagonist. This is the great beginning of a brutal fight not only for survival, but also for saving your own child from the hands of bloodthirsty cannibals.

The Forest is a unique creation that differs from the classic form of survival horror. The game, shown from the first person perspective, places great emphasis on the elements of survival – the player must take care of shelter, food and drinkable water. While exploring the titular forest, he gathers the necessary resources, cuts trees, makes fireplaces, hunts animals, constructs useful items and even grows plants. It is relatively safe only during the day – at night, mutants organized into tribes come out to feed.

The first installment of the series also allows for multiplayer fun – in cooperation mode, you can play in a group of up to eight people. Despite the lack of official PvP, attacking other users during the multiplayer game is allowed, because nothing prevents you from splitting up into two or more teams and competing. Regardless of the mode you choose, you will experience a unique atmosphere during the game. The sequel was kept in exactly the same spirit as the previous installment, not counting the improvements of the well-known systems.

What will Sons of the Forest be?

In 2019, during The Game Awards, Endnight Games announced that work on the continuation of the acclaimed survival horror had already begun. Meanwhile, in the first months since this announcement, no details were given about the new work – Sons of the Forest. Despite this, the fans have not yet lost their enthusiasm. Internet forums have been filled with speculation about what The Forest 2 would be like. The silence was broken in late 2020 when a new trailer was presented to the gaming community.

Apart from the video announcement, virtually no details were revealed. The Canadian studio is known for its restraint when it comes to advertising and announcing its own projects, and this is an extremely rare phenomenon – game developers usually love to talk about their productions. Meanwhile, such anti-marketing makes some games even more coveted by fans as soon as they are discovered. The Forest, despite its relatively small budget, has sold over five million copies.

So what will Sons of the Forest be like? A horror-themed survival game with lots of interactions, a living world and a grotesque storyline – this idea was a success the first time. The next edition presents innovative solutions and develops well-proven systems and mechanics. The attention is drawn mainly to the great atmosphere and stunning audiovisual setting, even more refined than before. The forest in which the desperate fight is taking place has become more interesting and dense, and the hero has gained completely new possibilities.

Sons of the Forest – release date

When will Sons of the Forest have its debut? The premiere of the long-awaited title has been announced for 2021 for personal computers. The previous part of the series was first released on PC, and then also on PlayStation – although nothing has been confirmed, the same can be expected for The Forest 2. The release date, although not exact, shows at what stage of production the creators are. It is also worth recalling that the first installment of the game was created for six years.

Sons of the Forest trailer

First shown in 2019, the game trailer became a flash point for many rumors and guesswork, giving rise to various theories, some of which have been confirmed. A short video shows a group of soldiers or mercenaries flying over the forest in helicopters. At some point, one of the creatures attacks the machines in motion. Shown from the perspective of the main character, the action is brought down to earth, and the viewers see a familiar forest and its dark inhabitants.

The next trailer revolves around the mechanics that govern the game and confirms that fans will have a diverse range of functionalities at their disposal. In addition to new electronic gadgets and firearms, a shovel appears in the inventory, which means the possibility of forming and digging up the terrain, which in itself sounds fantastic. The video shows the natives who can also do much more than they used to. A lot of attention has been paid to expanding their own base, so now cannibals are stealing resources, forcing closed doors and demolishing fortifications.

What do we know about Sons of the Forest – will it be multiplayer?

The announcements perfectly illustrate the potential of the next installment of the series, but what do we really know about it? Multiplayer, base building and item crafting return in improved forms, similar to most of the systems featured in the original. The creators want to take the next step in the genre of survival games, which is why they provide fans with innovative mechanics such as excavating the terrain or 3D prints that diversify crafting. The structures look more impressive and complex.

In the first installment of the cycle, the weather and times of the day change dynamically. The vegetation grows, withers or blooms, making traveling through a hostile forest a truly fantastic experience (until you meet monstrous mutants, of course). The second one goes even further, because the game has changing seasons. Depending on the season, the surroundings are completely different – in summer salmon jump out of streams, in autumn leaves fall from trees, and in winter everything is covered with snow.

Much attention was paid to developing artificial intelligence that manages the behavior of NPCs. The natives now have a complex system of needs and emotions, and their behavior changes depending on many factors – they can be afraid, tired, starving, angry, bored, etc. Each of them has their own experiences, goals and priorities. All these issues affect the actions of enemies and make encounters with them even more realistic. An interesting innovation is the possibility of establishing relationships with forest inhabitants.

Sons of the Forest only on PC? What are the hardware requirements?

Officially Sons of the Forest is coming to PC. Unofficially – also on the latest generation consoles (at least on PlayStation, following the footsteps of the first part of the game). Watching the gameplay, it is not difficult to guess that this production will be demanding, mainly due to the beautiful graphics. The creators do not directly specify what hardware is needed to run this, but you can already predict what upgrades to your “tinplate” will be necessary.

As anticipated, the technical requirements may be as follows:

Sons of the Forest looks like a worthy successor to the first part. By introducing a whole range of improvements, the immersive world of nightmarish wilds has been expanded. The changes affect practically every aspect of the game, but the most important elements are the “living” inhabitants of the title forest. Extensive interaction possibilities that replace traditional dialogues and story missions make this production a real sandbox for survival fans! 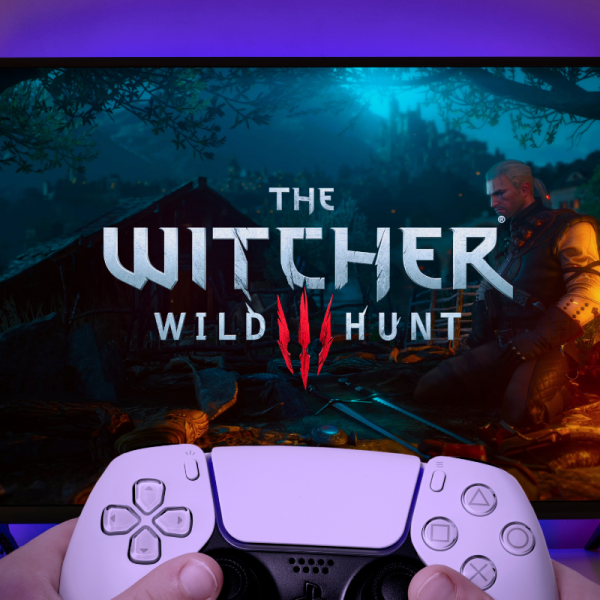