Meta, the new name for Facebook, is not merely just a name change – indeed, it is a bold and confident change of direction towards Mark Zuckerberg’s dream – creating the virtual world of the Metaverse. Will the vision of transforming social interactions and transferring them into virtual reality end in a success?

At the end of October 2021, during the Connect 2021 conference, Mark Zuckerberg for the first time officially announced the long-awaited name change of Facebook parent brand. At that moment, Facebook Platforms, Inc. became officially Meta Platforms, Inc. Paraphrasing the Facebook CEO, Meta is meant to collect and integrate all of the brands and products which had previously been falling under the Facebook umbrella, including all of the services that the multibillion entreprise is currently working on, giving them a common goal and a uniform direction: the Metaverse.

The public attention regarding this affair has been focusing on the name change itself rather than on the meaning behind it and the impact it will have. During the conference, Mark Zuckerberg straightforwardly admitted that Facebook has for a while been but one of the numerous projects that the technological giant is putting in place. One of the main goals behind redefining the brand, which includes the name change, is creating the virtual world of the Metaverse – and that element has already been openly talked about on numerous occasions. Hence, the name Meta should not be surprising to anyone interested in the matter.

Meta’s goal (and opportunity) is tackling the challenges faced by Facebook today. This, as we all know, includes the aging of the audiences, continuous controversies around the brand (one of the most recent ones would be the account of the former Facebook data engineer, product manager, and scientist-turned-whistleblower Frances Haugen), and the growing disapproval of the governments. Therefore, one could say that the name change is meant to disassociate Facebook from Facebook, at least in terms of the public perception and image, and thus allow the brand to shift the publicity towards a new direction. From the user perspective, we have been able to notice the ‘from Meta’ caption in the key apps previously powered by Facebook: WhatsApp, Messenger, or Instagram.

What products and services does Meta own?

At the moment, it is no surprise that the most popular and widely recognised services of Meta are the huge social media platform Facebook, Messenger, which slowly but steadily moves towards the status of an independent messaging service, WhatsApp, and Instagram. It doesn’t end here though: Meta offers also Mapillary, an app to create real-life street imagery and visualisation (Google Street View competition?), and the undebatable pioneer within Virtual Reality, Oculus.

By the way, it’s Oculus, among others, who is set to fall victim to the rebranding. Its original name Oculus will no longer exist, and all the future products and updates will be called simply Meta. An example could be the line of VR glasses and headsets produced by the enterprise, called Meta Quest Pro. In this case, however, giving up on the original name and renaming the product is justifiable, or at least well strategised: after all, Zuckerberg aspires to create a virtual world where the only way to enter is through VR devices. So it seems logical that, if you want to become part of the Metaverse, you need to buy the Meta Quest glasses.

Sure, the news that the face recognition function will no longer be used in the Meta products might seem excellent and transparent to many people, even more so in the context of the continuous controversies around the question of privacy and data protection in Facebook and its kin products. However, with that in mind – and this won’t come as a surprise for those familiar with biometrics and the directions this authentication method is heading towards – Meta, be it through Facebook or any other product in the Metaverse, its future virtual world, is likely not going to need to use face recognition. It will have collected much, much more of various and even more specific user information and data.

According to Mark Skwarek, a lecturer in NYU’s Tandon School of Engineering, the Metaverse has the potential to find even more new, sophisticated ways to invigilate the user. ‘If you’re doing an augmented experience or a virtual experience, you could be collecting data on that user constantly. You’ll be able to predict what people think.’, the professor told Yahoo Finance Tech. Other experts and commentators share this view, or prediction, underlining that modern technology allows for such sophisticated and detailed data collection as tracking the eyes and gaze to determine the things you are most interested in and/or attracted to. As a consequence, Facebook – or Meta – in their Metaverse will be able to, for example, register the time you spent looking at a given product or ad, changes in your heart rhythm and pulse, and all your movements online. Watch out Google, with your ‘miserable’ user location data, email conversations, website visits and shopping patterns…

Mark Zuckerberg has indeed emphasised that the platform is being created with utmost consideration for privacy and data protection, but in reality, all platforms of similar kind are created on the same assumption. The fact that users could technically refuse to share specific information does not in the least mean that they do – in most cases, apps are designed in such a way so that some of the shared information is necessary for the app to work properly, or for the user to be able to take full advantage of it, while the real scale of data collection and surveillance more often than not is simply not communicated.

In this regard, it is worth mentioning that the COVID-19 pandemic has exposed the low efficacy of the face recognition tools currently in use on a wide scale. The face masks have prevented the identification (or, if you prefer, surveillance) of most people. For several years now, works have been in place in order to explore the possibility of identification based on heartbeat rhythm, the latter being significantly more unique than fingerprints. Work is underway also to allow identification through the way of walking, which, as well, is said to be a characteristic unique to every person.

Another challenge posed by the venture was the mere possibility of changing the company name to Meta and other legal and copyright issues. An Arizona startup producing game consoles had secured the name Meta a year before Zuckerberg’s announcement. After the rebranding, the company filed a lawsuit against Facebook, without refraining from public mockery out of the tech giant. Similarly, M-sense Migräne, a Berlin-based health startup has taken a dig at Facebook, suggesting that the social media giant had blatantly copied their logo (one can’t miss the striking resemblance, well, they’re identical). ‘We are very honoured that @facebook felt inspired by the logo of our migraine app – maybe they’ll get inspired by our data privacy procedures as well’, the company tweeted.

Both of the cases, much like numerous other lawsuits, were settled.

The Metaverse – a money grab?

We get that Meta is much more than a simple rebranding. The venture stands for a new direction for Facebook, which has been struggling with public perception and image for quite a while. Facebook and the entirety of Zuckerberg’s company were on the edge, and the predicament caused by security issues, data privacy and demographics needed to be addressed if the social media giant was to maintain its leader position in the online world. It’s obvious that the pressure put on Facebook, causing intentional polarisation of opinions and attitudes among users, has had a significant impact on the business activity and success (or lack thereof) of the tech giant. To cite an example, Patagonia, a leading high quality outdoor clothing brand has withheld all of their paid advertising from Facebook, urging other companies to join the boycott. The decision came following the release of Facebook internal documents, which largely exposed the company’s lack of accountability of their impact on the people and the planet.

With all that taken into consideration, is the Metaverse still a money grab? There is only one answer to that: yes it is!

The Metaverse aims to integrate all products and services of Zuckerberg’s company, but most importantly, it is intended to overcome any potential competition thanks to its innovative solutions. This includes overwhelming numbers of users, maximising the time spent on the platforms, the amount of data collected, and commercialisation of advertising space. The virtual world envisioned by Zuckerberg, if successful, is bound to revolutionise every single one of these aspects.

Will Mark Zuckerberg succeed in creating the Metaverse? If yes, we are in for some fascinating times. The Metaverse space may be close to those depicted in films such as Ready Player One and other futuristic dystopias – from Matrix, to Strange Days, John Mnemonic, or The Surrogates with Bruce Willis. Only one question remains – is this really a vision of the world we want to live in?

Related: How to unsend a message on Messenger? The easiest ways

Downloading music from YouTube – best and most reliable software 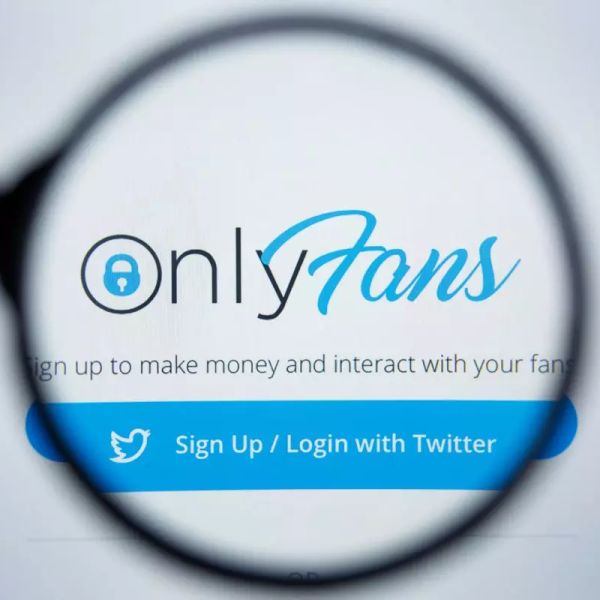 OnlyFans – what is it, how does it work and how much does it cost? Everything you need to know about the extremely popular private subscription app